When I about 18, I became very ill and was eventually diagnosed with PSC - a chronic liver disease whereby the bile ducts become narrowed from inflammation and fibrosis. Over time, the scar tissue builds up and can block parts of the bile ducts completely.

So I had known for years that I would have some serious health issues to face but, my condition was able to be stabilised for many years, with only a couple of stays in hospital due to infections. But as I got older, things began to get more serious – the bile ducts in my liver were almost completely blocked and I was assessed to be put on the waiting list for a liver transplant.

Luckily, I passed all tests and requirements, I became one of the lucky ones to be activated on the waiting list.

Our lives were now on hold, waiting for that phone call. I became a bright yellow, walking skeleton...we got questions like “so when is the operation” and “why can’t you go on dialysis” and so on.

My life became a blur of appointments, blood tests, procedures, dashes to emergency, hospital stays...I slept most of the day if at home, and I was extremely fatigued all the time. I was not hungry and was losing weight.

I had what is known as a “dummy run” after waiting approximately five months. We went to hospital only to be told 12 hours later the donor liver was unable to be transplanted. So back home and back to waiting.

My wife and I downsized and moved into a town house, we both gave up full time work - I because I no longer had the strength, and my wife so she could become my full time carer, we prepared our wills....and waited.

During this time, I made it a priority to keep my fitness levels up and went to gym as often as I could. When I found I was struggling with weights, I started doing water classes.

After about a year on the waiting list, my condition began to worsened very rapidly - the doctors were now very concerned about my chances and I was one infection or blockage away from no return.

Then approximately after 14 months of waiting, the call for my transplant came. I had been in hospital for a week before and my blood tests were showing that my body was beginning to give up. My health issues were getting very serious so it was such a relief to get the call!

So we headed off to the hospital and it was a real emotional roller coaster ride while waiting – one staff member said it probably won’t happen and then another said its all looking good.

About seven hours after arriving at the hospital, the message came from theatre...it was on! Most people would be terrified facing such a huge operation, but to my wife and I, it was, and still is, like winning the lottery. My wife was asked later how she felt seeing me being wheeled down the corridor to theatre and all she could say is it was utter relief. Whatever happened from then on, it was a new journey with different challenges. Without the transplant I would die... this was my second chance and we had absolute faith in the surgeons and the rest of the transplant team. 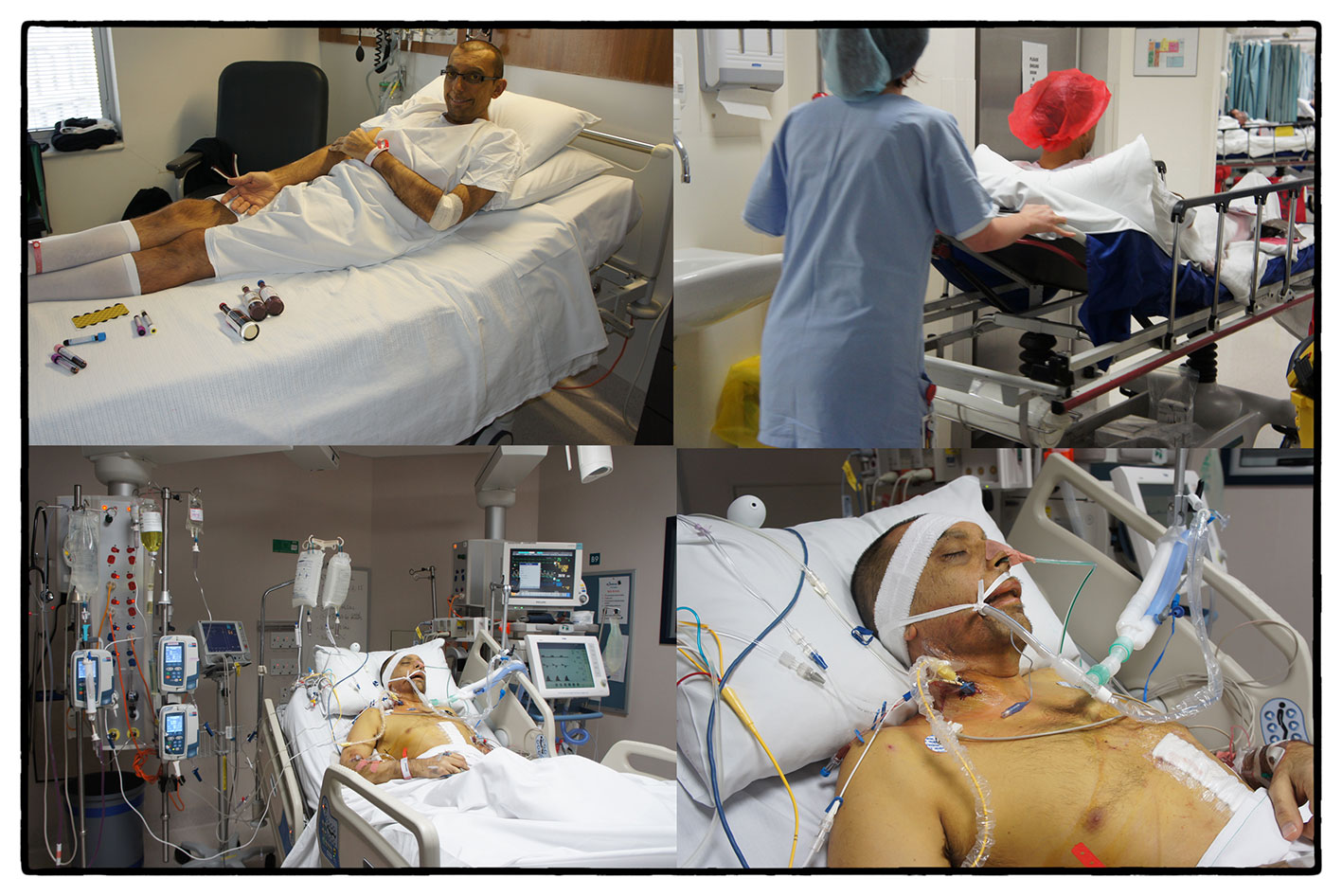 I spent just over six hours in surgery and became the recipient of Austin’s 785th transplant (a membership to a very exclusive club!). My wife saw me in ICU less than an hour after surgery finished, and the change in my colour was already noticeable. About 48 hours later, I was back up in the ward. Nine days later I was home. And I haven't looked back since!

With all my best efforts to keep myself strong for whatever lay ahead, I would never have survived without that very special factor...the gift of a liver from an organ donor. 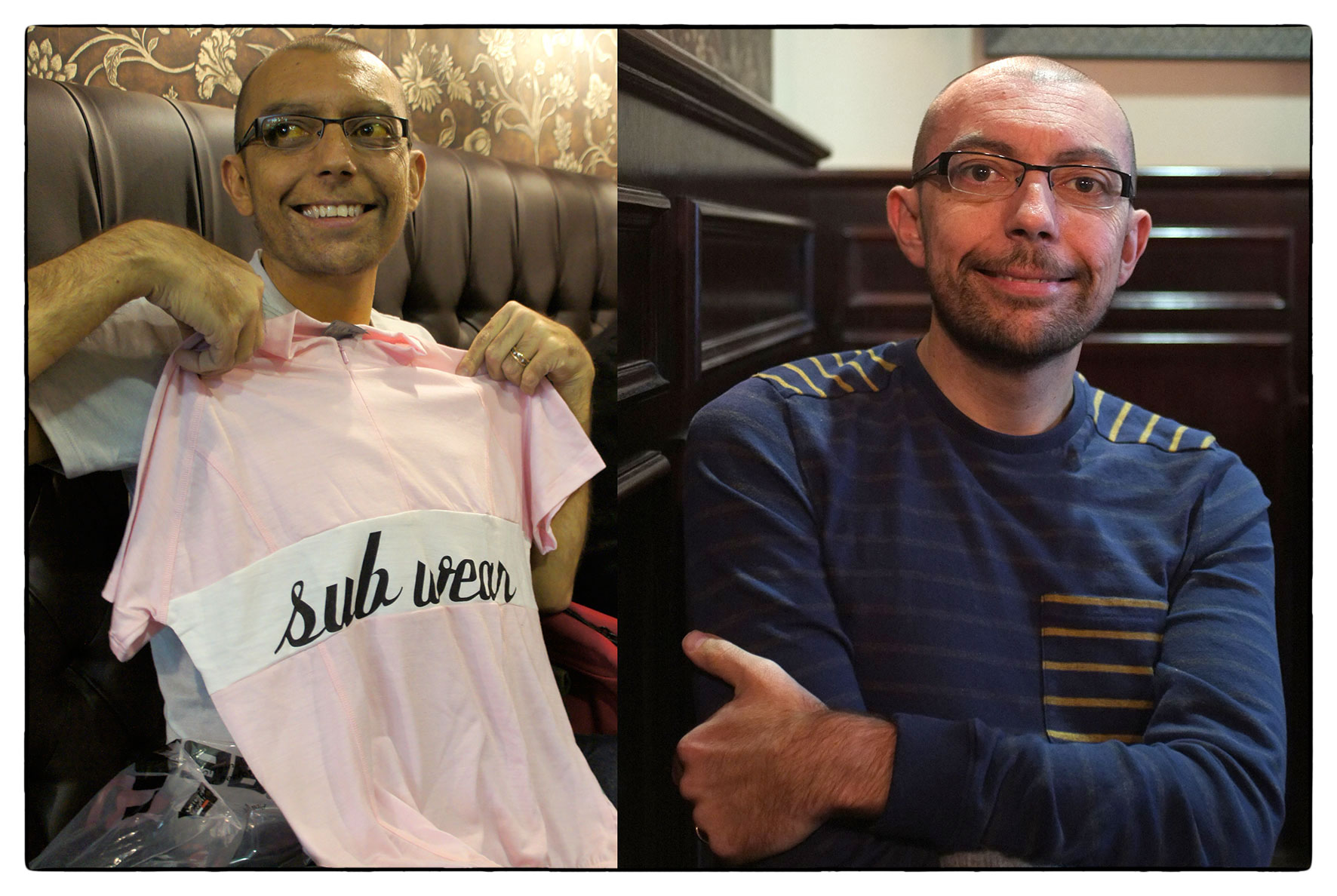 One of my goals for recovery was to do my first every fun run, and just over 5 months after transplant, I completed a 4km run...it was proof that my body was recovering.

The next goal was to do the BUPA Around the Bay Bike Ride, and about 16 months after transplant, I did the 100kms trip from Sorrento to Melbourne.

It was very tough but after everything I had been through, I pushed through and did it!

Since then I have achieved more goals...I competed in the running and cycling events at the Australian Transplant Games in Melbourne.

I joined a cross county running team, and have gradually extended my running distances...10km...15km...and I completed a half marathon event in under 2 hours!

And then in October this year, I achieved my next major goal…completing the Melbourne Marathon!

I certainly never imagined back when I was struggling to even walk a short distance, that my body and mind would now be strong enough to run 42kms in what turned out to be rather tough conditions! 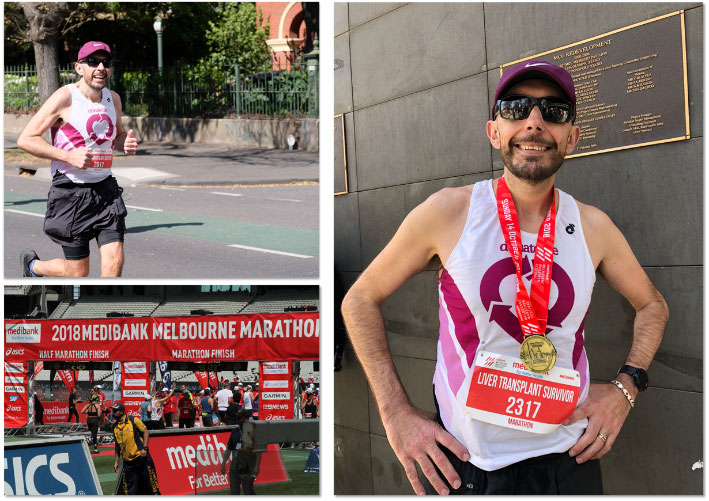 This website is not to be referred to in the case of a medical emergency.

If you are feeling unwell or have some questions please contact the Unit through the Austin Hospital Switchboard on 03 9496 5000 and ask for the Liver Transplant Registrar to be paged.

If you develop a fever, please do not come directly to our clinics.

Please either call your local doctor, attend your local emergency department, come to the Austin Health Emergency Department or discuss what to do with the transplant coordinators.

Check the forum for the latest information from the LTU

Click here to read about different experiences of having a transplant